Petur Gudjonsson, an Icelandic citizen, has dedicated most of his life making a small contribution to our world being a little more human and helping others do the same.

For that end he has helped organize movements for non-violence, educational and health projects in many countries, always in relation to the Humanist Movement in which he has participated for several decades. Being his orientor the founder of that movement Silo (1938 – 2010).

For example, in Haiti there have been adult literacy projects and about 160 elementary schools that he helped get off the ground, now all of them being self-sustained. There, he is still involved in a program for orphans that lost their parents in the big earthquake of 2010.

All of the programs that he has been involved in have become autonomous, just like Friends of Life is, except the orphan program which still receives financial aid from donors in Iceland.

Friends of Life in Mozambique 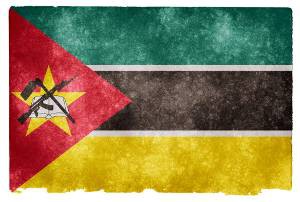 It all started in 2009 when some young people contacted Petur Gudjonsson as they had read one of his early books, “Living Coherently”, and they wanted to put into practice what was said there. They asked him to come and give some seminars which he did.

That initial group remained intact and so when the project “Open Future” was started and with the first books in the series being written and published, again they asked him to come. Which he did.

Since then 6 books have been published in Portuguese in Mozambique and a good number of people have gone through the different retreats and then reproduced them to others.

So, by now, Friends of Life is quite well known in different social spheres: In the universities, secondary schools, different religions as well as political parties and in all of these ambits people are putting into practice what is suggested in the books and what they have learnt in the different retreats.

Many people have seen positive changes in their lives and are bent on finishing the whole process and after that to bring it to the rest of the world.

So, in the near future hundreds of very inspired people will bring their experiences and knowledge to others.